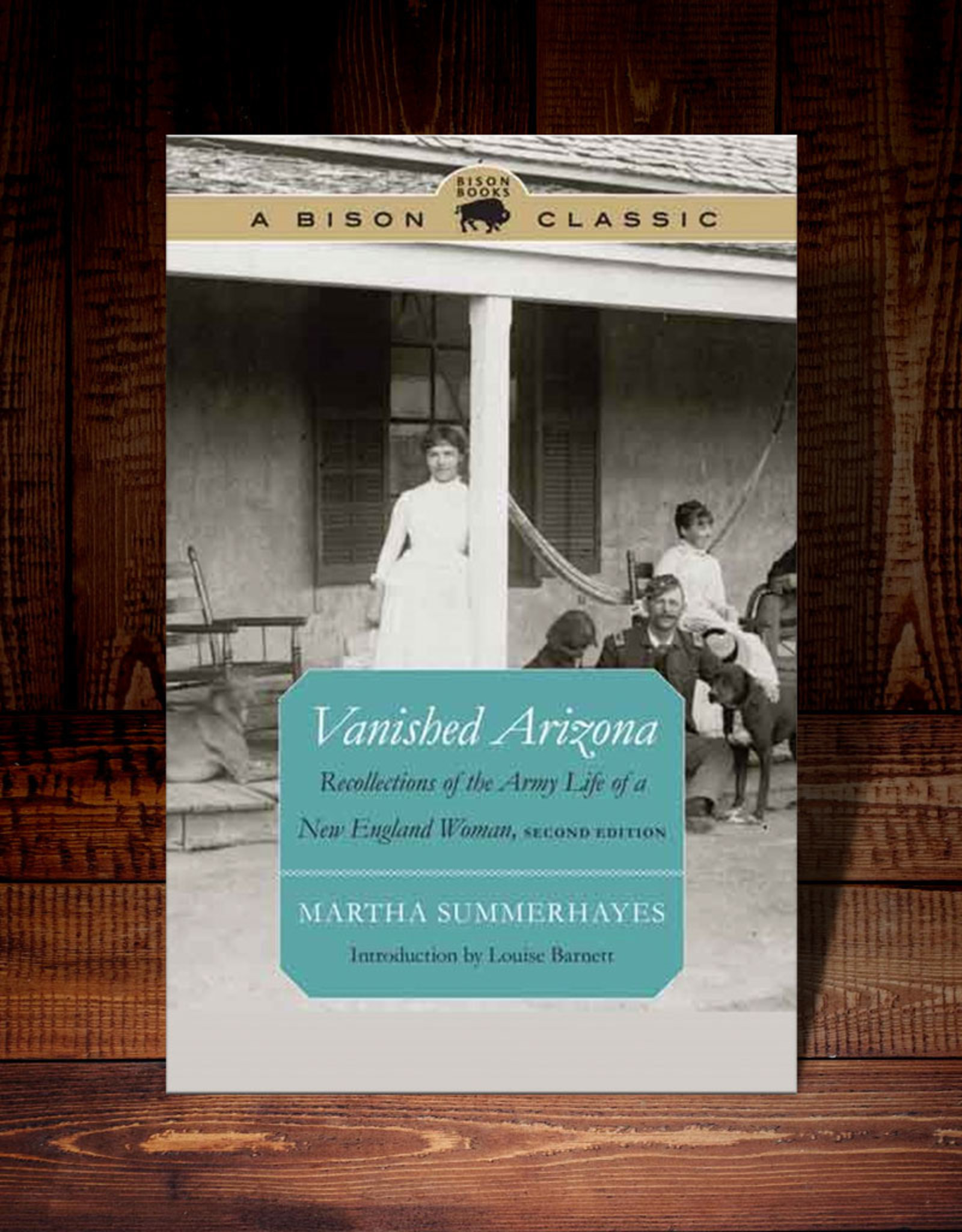 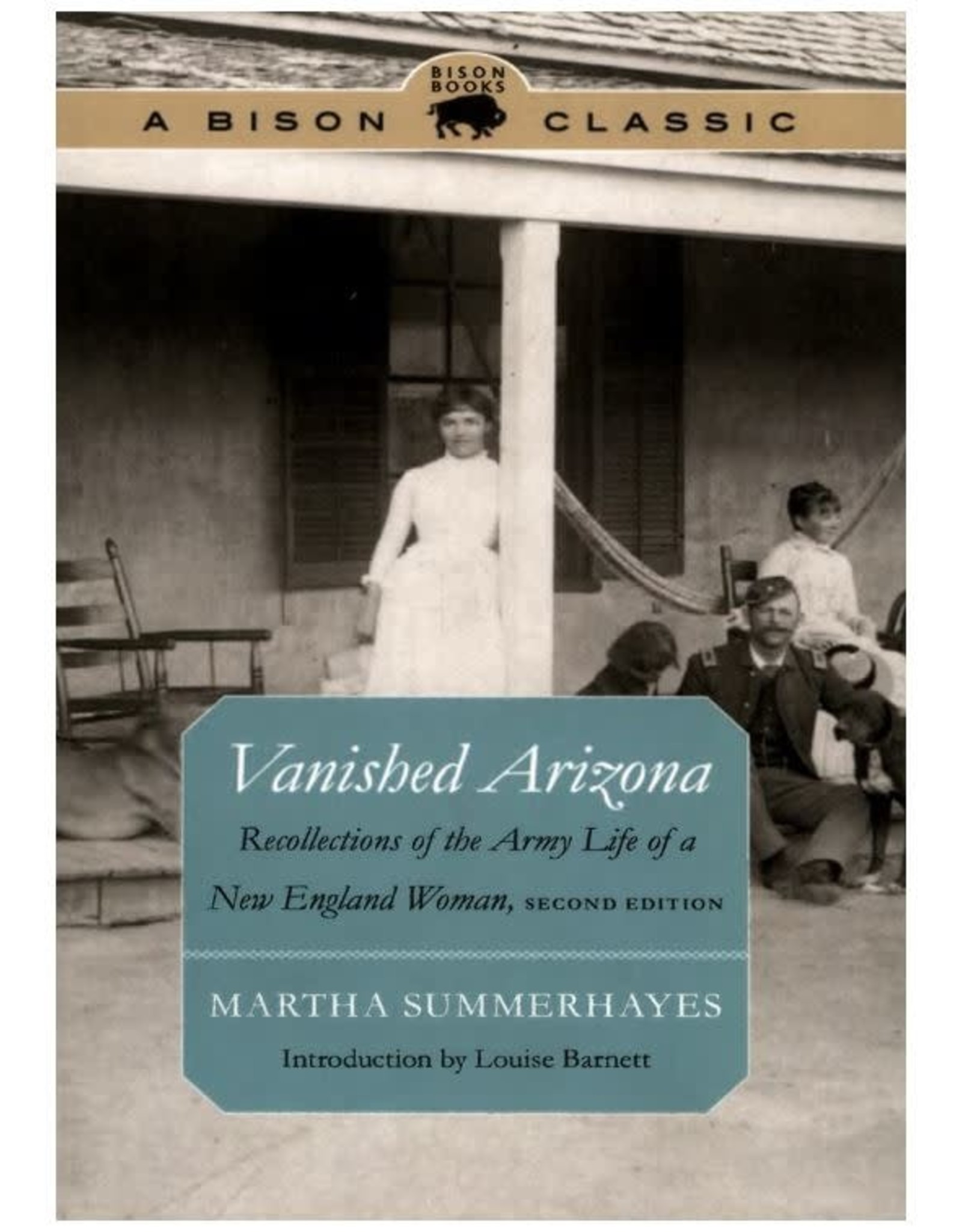 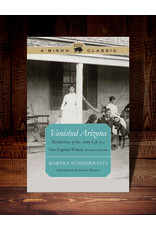 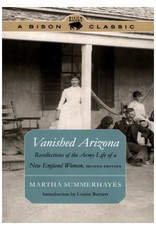 When Martha Summerhayes (1844-1926) came as a bride to Fort Russell in Wyoming Territory in 1874, she "saw not much in those first few days besides bright buttons, blue uniforms, and shining swords," but soon enough the hard facts of army life began to intrude. Remonstrating with her husband, Jack Wyder Summerhayes, that she had only three rooms and a kitchen instead of "a whole house," she was informed that "women are not reckoned in at all in the War Department."

Although Martha Summerhayes's recollections span a quarter of a century and recount life at a dozen army posts, the heart of this book concerns her experiences during the 1870's in Arizona, where the harsh climate, rattlesnakes, cactus thorns, white desperadoes, and other inconveniences all made for a less-than-desirable posting for the Summerhayes'.

First printed in 1908, Vanished Arizona is Summerhayes's memoir of her years as a military wife as her husband's Eighth Regiment conducted Gen. George Crook's expedition against the Apaches. I was so well received that she became and instant celebrity and the book a timeless classic. The book retains its place securely among the essential primary records of the frontier-military West because of the narrative skill of the author and her delight in life.