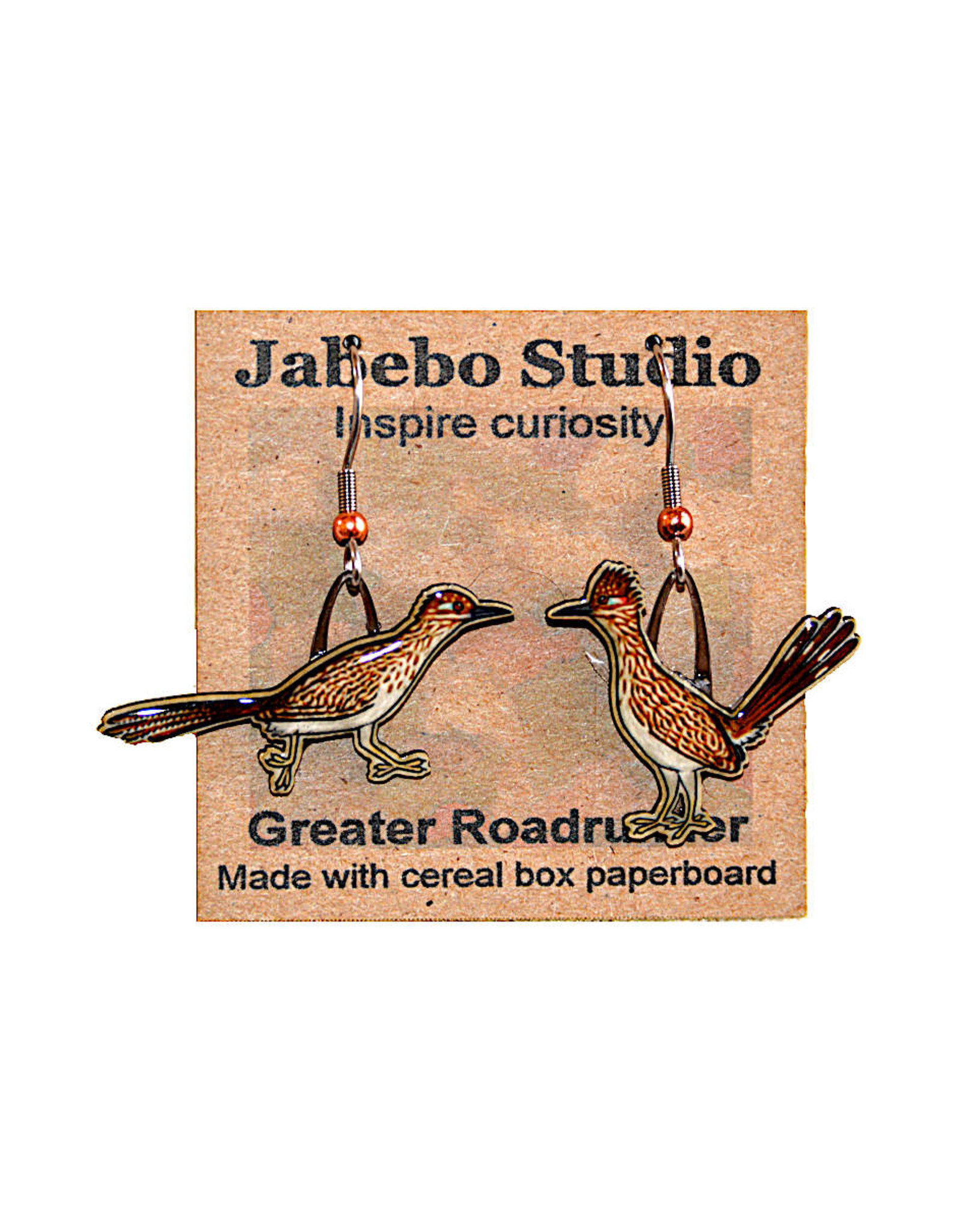 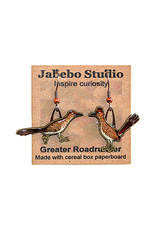 The roadrunners, also known as chaparral birds or chaparral cocks, are two species of fast-running ground cuckoos with long tails and crests. They are found in the southwestern and south-central United States and Mexico, usually in the desert. Although capable of flight, roadrunners generally run away from predators.

Cereal box paperboard is the base material for Jabebo's earrings. They transform cereal boxes by laminating the front and back panels together and fixing our images to the front surface which are then punched out with custom made die cuts. They source cereal boxes locally; people often visit the store just to drop them off.

Add your review
0 stars based on 0 reviews